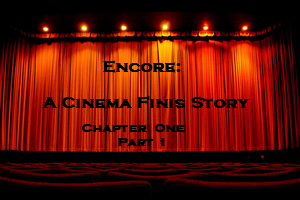 The arrival of the first new reel to be premiered at Cinema Finis was fast approaching.  It had been fast approaching for what seemed like years to the The Manager.  He chuckled at the hyperbole of that thought.  Years!  Well, it really did feel like it though.  Many years in fact!  But it had only been a short while since Mr. Legion and his partners had bought out his dying theater.  He wondered how long it really had been? He wondered what the title of the first new reel was? He sat there...waited...and wondered.

"It is a classic in every sense of the word."  Opined Mr. Legion who appeared out of nowhere and somehow had answered the question in The Manager's head that he didn't remember verbalizing.  "A picture that has stood the test of...time."  His bearded mouth smiled sardonically as he said that last word.  "Don't worry", he continued, "people will flock to our theater to see it.  That is why we must have everything prepared."

Something about the way that Mr. Legion had said that sent a shiver through the The Manager.  It was a shiver he was experiencing  more and more these days...or years.  Many years?  As he looked around the lobby just inside the main doors he wondered if he would stand the test of time.  He seemed to be missing time lately.  He turned his head toward a banging sound beyond the main  theater doors and when he looked back, Mr. Legion had gone.

The Manager followed the sound and walked into the theater marveling again at the new blood red curtain. He walked down the aisle past the blood red, newly upholstered seats to investigate.  In the corner a black metallic spiral staircase ascended into the darkness of the dimly lit theater and he could just barely make out the shadows of a small group of people moving up the steps toward a platform that had been erected near the ceiling.

"I wonder who they are?", he thought to himself, "and when did that platform get put in?" It must have taken months to erect, not to mention the time taken to carve the ornate symbols that adorned it's railing which wound it's way around the platform making it into a type of balcony.  Gold trim outlined it's edges and of course it had the blood red finish to the fabric of it's walls and underside.  It looked ancient yet this was the first time he had seen it he was sure of it.  It was one of the very few things he was sure of these days.

"Those are the musicians, and that is the pit...a pit in the sky...a bit different than a usual pit but a pit nonetheless."  He turned to see Mr. Samael proudly gazing toward the balcony, arms raised in wonder as he beheld this newest structure.  As he turned to look at the balcony he noticed their shadows falling across the curtain and then peered into the darkness at the balcony as the "musicians" shifted around and began to...well...he wasn't really sure what they began to do.  He looked back to Mr. Samael who was straightening his blood red bow tie. He wondered how Mr. Samael had responded to thoughts he was sure were only in his head.  He wondered where the musicians had come from.  He wondered why they needed musicians.  He seemed to be wondering all the time lately.

"Musicians?"  The Manager asked in a croaked voice.  The sound of his own voice startled him.  He felt as if he had not spoken for some time.  He cleared his throat and repeated himself more to hear his own voice than for Mr. Samael to hear.

"Yes!" Mr. Samael answered with great alacrity. "...and the finest musicians around.  Each an expert at their instrument and when they play together......."  Mr. Samael paused and put a hand to his heart while raising the other above his head. He closed his eyes and it was as if he were actually in the raptures of a currently heard piece of music.  Only...there was none.  All that the Manager could hear was his breath, and the shuffling sounds coming from up in the pit.  "......It can move both heaven and hell."  Mr. Samael finally finished, letting out a satisfied breath.  He opened his eyes and walked away down the aisle leaving The Manager alone but for the musicians shuffling about above in the darkness.  He looked up...and wondered. 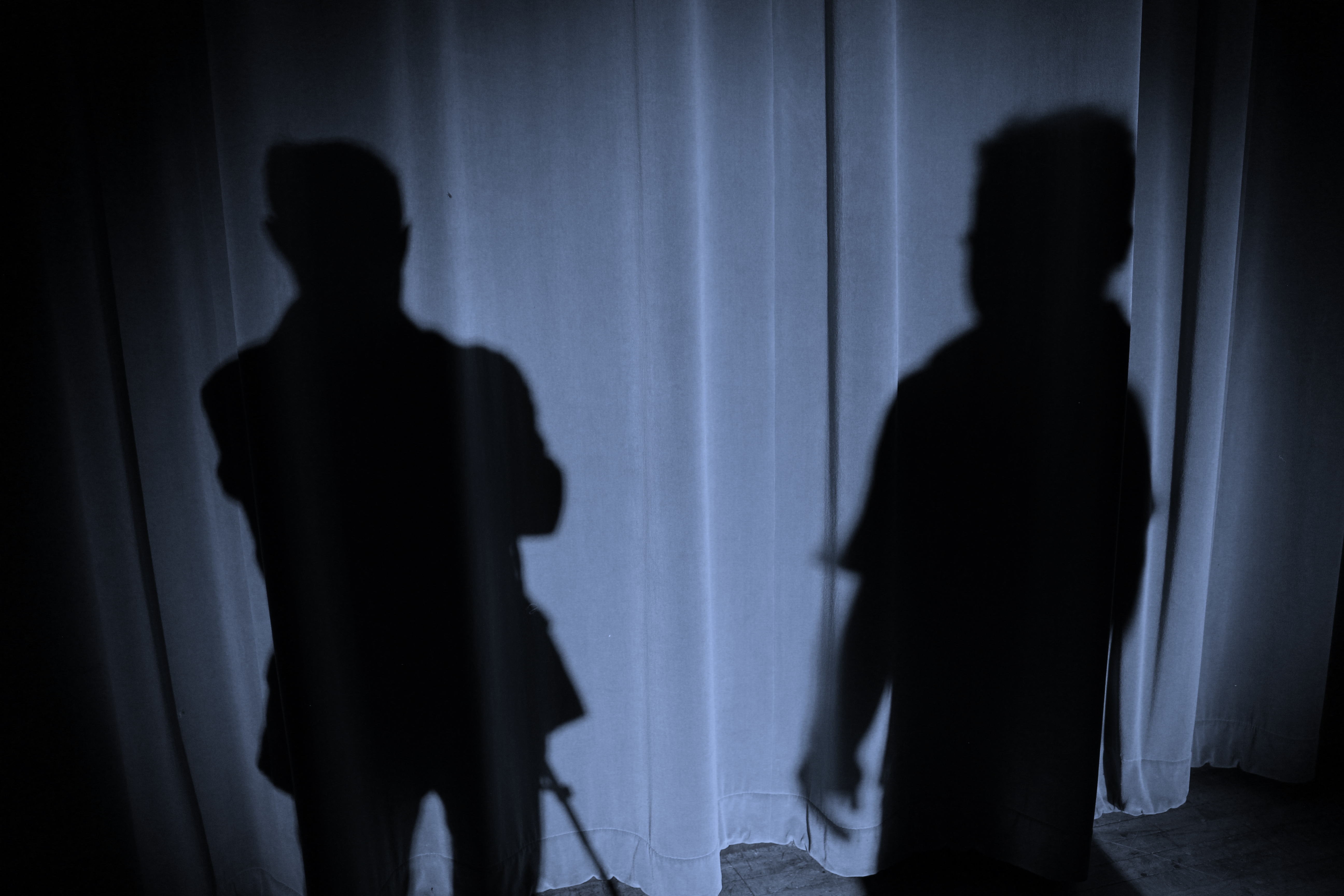